Welcome back to This Week in Apps, the Extra Crunch series that recaps the latest OS news, the applications they support and the money that flows through it all.

The app industry is as hot as ever, with 194 billion downloads last year and more than $100 billion in consumer spending. People spend 90% of their mobile time in apps and more time using their mobile devices than watching TV. Apps aren’t just a way to waste idle hours — they’re big business, and one that often seems to change overnight.

In this Extra Crunch series, we help you to keep up with the latest news from the world of apps. 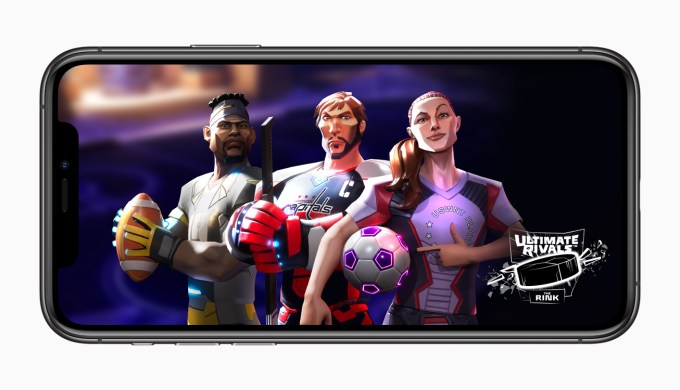 Apple Arcade launched in September offering over 100 games for $4.99 per month. Since launch, the service stays fresh by adding new releases on a regular basis. This week, Apple touted one of Arcade’s biggest wins to date — an all-new sports franchise from Bit Fry Game Studios, called “Ultimate Rivals.” The new game brings together athletes from across hockey, basketball, football, baseball, and soccer to play in a licensed video game that’s a first for the mobile gaming industry. The debut title in the franchise, out now on Apple Arcade, is “Ultimate Rivals: The Rink,” which lets players choose from over 50 athletes to compete in two-on-two hockey matches.

For example, you could pit Alex Ovechkin and Alex Morgan against De’Aaron Fox and Jose Altuve or Skylar Diggins-Smith and Wayne Gretzky, Apple says.

Next spring, the Bit Fry will launch “Ultimate Rivals: The Court” as the next title in the series.

The franchise is a big win for Apple Arcade, which doesn’t yet have many sports-themed titles. In fact, with the addition of “Ultimate Rivals,” it now has only a half dozen. And because of the numerous pro sports deals, the game has the potential to appeal to a wider audience.