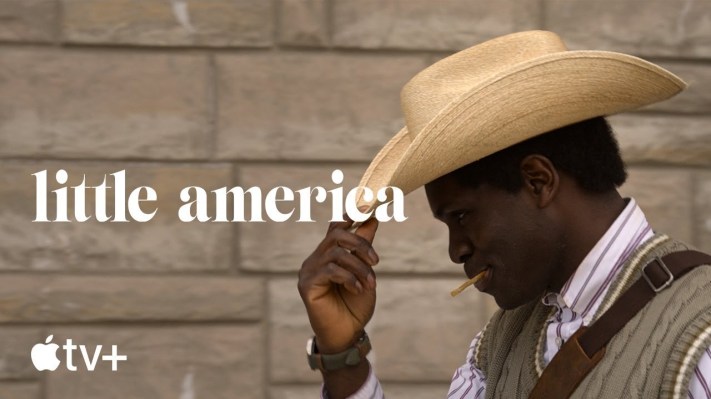 “Little America,” a new anthology series on Apple TV+, has been widely described as the best show on the fledging streaming service.

Here on the Original Content podcast, we aren’t ready to go quite that far, particularly since a couple of us are big fans of “See.” But we were pretty impressed.

The series, which counts “The Big Sick” writers Emily V. Gordon and Kumail Nanjiani among its executive producers, tells eight separate stories (all based on real-life profiles in Epic Magazine) about immigrants to the United States. For example, the first episode focuses on a young boy whose parents end up returning to India in the face of deportation, leaving him as the de facto manager of their motel in Utah.

At a time when immigration remains a hot-button issue on the national stage, this might sound like the setup for a righteously angry and political show. Instead, “Little America” largely eschews overt politics, aside from its insistence in depicting as immigrants from all over the world as individuals with their own idiosyncrasies and ambitions — in short, as real human beings.

This makes for a funny, engaging show that never gets particularly dark or depressing. Perhaps that’s our only real criticism — that the stories seem so carefully chosen to emphasize uplift over anger that they can start to feel a bit formulaic.

In addition to our review (which includes some mild spoilers for early episodes), this episode takes us all over the place, covering everything from Netflix’s new method for reporting audience size to a lawsuit alleging that M. Night Shyamalan stole the idea for his TV+ series “Servant.

You can listen in the player below, subscribe using Apple Podcasts or find us in your podcast player of choice. If you like the show, please let us know by leaving a review on Apple. You can also send us feedback directly. (Or suggest shows and movies for us to review!)

And if you’d like to skip ahead, here’s how the episode breaks down: