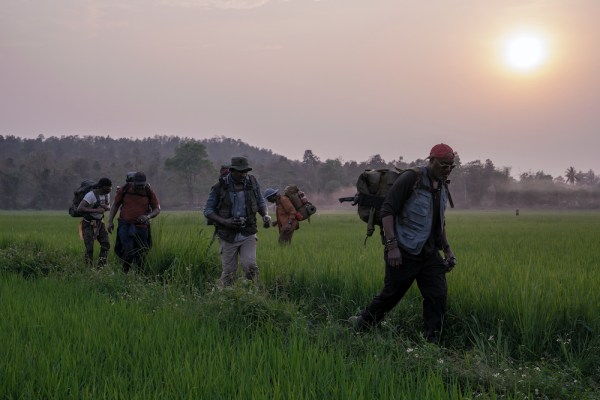 “Da 5 Bloods,” the new Netflix film co-written and directed by Spike Lee, tells the story of four Black veterans who return to Vietnam decades after the war, in search of hidden gold and the body of their long-dead squad leader.

The film seems to straddle several genres, starting out as a drama focused on the relationship between the four older men — but it becomes more of a western as it progresses, and their conversations are increasingly punctuated by brutal violence.

Whatever the genre, “Da 5 Bloods” is openly polemical — emphasizing the war’s lingering scars on both American veterans and Vietnam — and formally audacious. It mixes different visual styles to stunning effect, while also casually demonstrating a superior alternative to the expensive  de-aging effects seen in last year’s big Netflix movie “The Irishman.” And It’s all held together by Delroy Lindo’s magnificent performance as Paul, the “blood” who seems most tormented by his memories of the war.

In addition to reviewing the film, we use the free release of HBO’s “Watchmen” this weekend as an excuse to talk about how much we like the show.

You can listen to our review in the player below, subscribe using Apple Podcasts or find us in your podcast player of choice. If you like the show, please let us know by leaving a review on Apple. You can also follow us on Twitter or send us feedback directly. (Or suggest shows and movies for us to review!)