Investing in the hidden generation – TechCrunch

Ilse Calderon is an investor at OVO Fund where she specializes in pre-seed investments across capital-efficient markets. Prior to OVO, Ilse spent a year at Silicon Valley Bank rotating across consumer and software teams.

While it’s no secret Hispanics represent unparalleled growth opportunities for the U.S. economy, most startups don’t realize Hispanic youth means an abundance of prime spending years (translation: dollars for businesses). The average age of a Hispanic living in the U.S. is 28. Meanwhile, the average age of their white counterpart is 42. Nearly one in every five people in the U.S. identifies as Hispanic.

Those few companies that do notice Hispanics and their massive purchasing power (~$1.5 trillion) tend to be legacy companies doing a subpar job at capturing the Hispanic consumer. Furthermore, they don’t target the most valuable member of the Hispanic community — what I call, the “Hypercultural Latinx.” They are where tons of unspent dollars lie.

As an investor and member of the Hispanic community, I’m confident the startups solving problems for this Hypercultural Latinx member will have the potential to create companies with venture-like returns.

Who is the Hypercultural Latinx?

The Hypercultural Latinx is a second-generation Hispanic who is 100% Hispanic and 100% American. And while that might sometimes lead to misunderstandings and conflicts with her white counterparts, it also means she excels by creating a pseudo culture where she can thrive best. She brings her unique characteristics to this self-created culture — a culture where her customs, language and values shine through. Furthermore, this person, who often identifies as a Gen Zer or young millennial, is a fanatic of mobile. After all, across socioeconomic classes, their disposable income is disproportionately going to screens (of all types) and tech toys.

I mean, just go into your Hispanic friend’s home: They are likely to have more TV screens than people residing in that household. In fact, a bewildering 29% of U.S. Hispanics planned to purchase a new TV set just ahead of the Super Bowl (guilty as charged). For reference, of the 30% of overall Americans that planned to buy a TV in 2017, only 2.8% purchased in the days before the Super Bowl. Heck, when my family moved, we bought TV screens for every room even before the living room was furnished. Technology — especially newer tech, is significantly more tempting to Hispanics.

The Hypercultural Latinx should be top of mind for venture investors and founders. She desires to test the untested, and thus, is likely to cross the chasm before the early majority. This makes her an ideal customer segment for consumer startups. 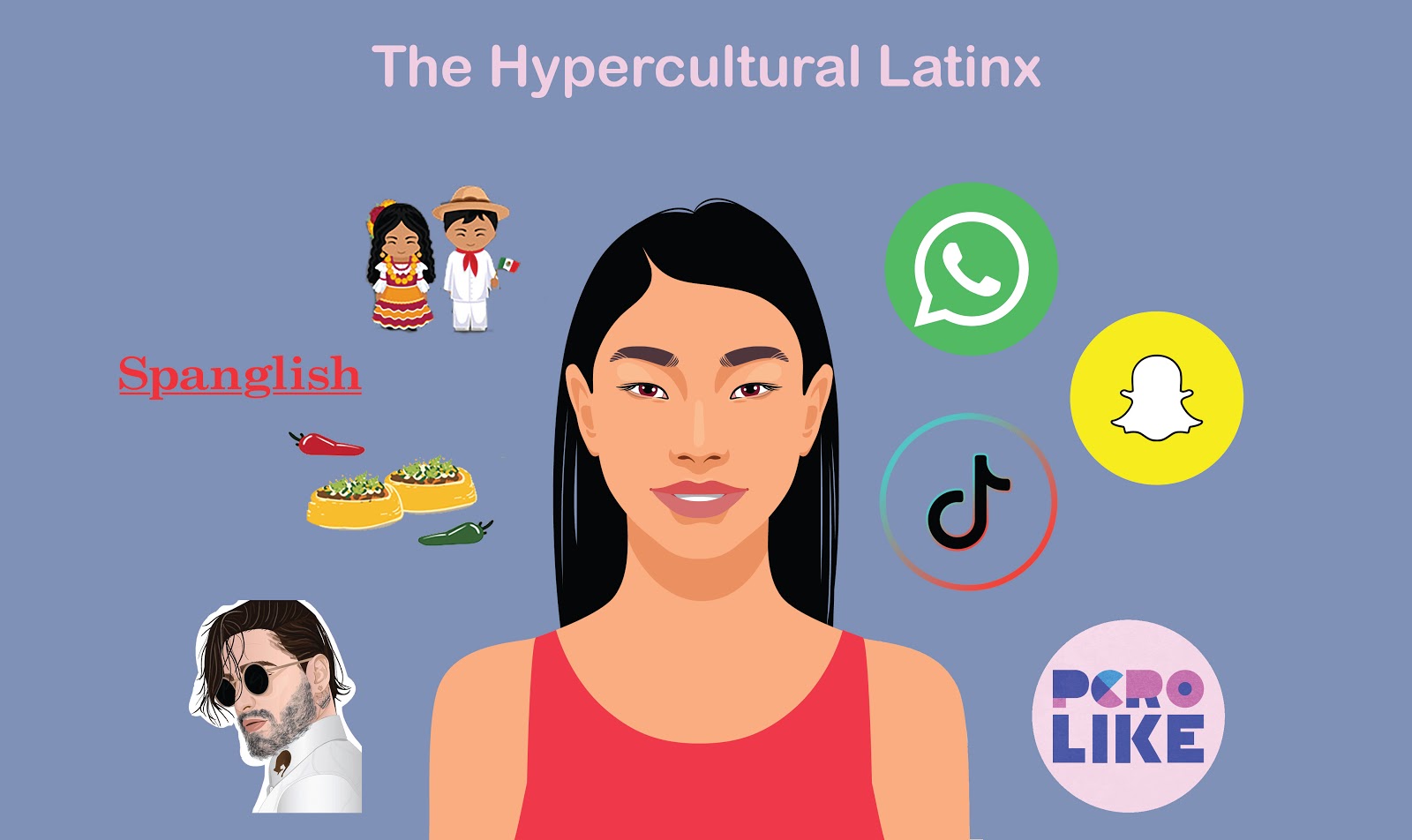 Startup founders and VCs alike are missing out. As an investor, I often find myself reduced to frustration with the lack of founders and investors committed to exploring audience segments outside cookie-cutter ones. We might not need another consumer vertical product solving a half-felt pain point for the highly educated, white female with a $100,000+ salary living in NYC, SF or LA. However, we do need more products catered toward the Hypercultural Latinx who, by the way, outspend their white counterparts across most categories. In the same way Fenty Beauty exists to solve the make-up needs of primarily Black women, we need that for the Hypercultural Latinx population.

Numbers aside, investors should care about Hypercultural Latinx because they are tech-forward trendsetters who adopt social media at higher rates than their white peers. For example, a Hispanic youth is 87% more likely to use WhatsApp. Additionally, they produce an exorbitant amount of videos on Tik Tok. Several Tik Tok Hispanic-centric hashtags, such as #hispanicmom, are wildly popular and boost over 44 million views. For reference, the most followed Tik Tok stars, like Addison Rae, have just over 47 million followers. In fact, one Hispanic Tik Tok queen, Rosa, has already reached pop culture peak. 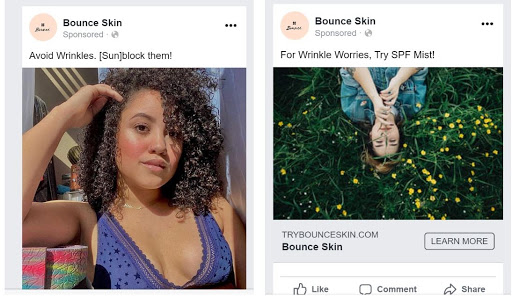 If you are more driven by quantitative data, know that paid spend targeting this Hypercultural Latinx could result in lower click cost rates and higher engagement. I ran a two-week experiment on Facebook to prove out this hypothesis. I created a landing page for a fake sunscreen brand, Bounce Skin, with a fake first product, an SPF mist. I created a couple of ads. Then, I ran ads on Facebook targeting two audiences: young Hispanic girls (the Hypercultural Latinx audience) and white girls. The average click cost for the young Hispanic girl audience was $0.06 per click; for white girls, it was $0.33 per click. Of course, my experiment was limited, but it did demonstrate that the Hypercultural Latinx is out there and craving content that tells the narrative of her life. (For more details, please check out this Medium post).

Why is the tech community decades behind when it comes to this Hispanic segment?

Fear. There’s always risk associated with offending the same audience you are trying to captivate. Just take a look at the beauty industry and its frequently associated race problem. The world is not white, and beauty brands that think it is have lived through PR nightmares. Even beyond beauty, tech startups fear negative press cutting short the life of their business. However, it is this gap that creates opportunity.

I encourage the right set of up and coming startups to authentically pursue the Hypercultural Latinx. Even though legacy companies might have heavier balance sheets, they don’t have the clout to lure this young, bicultural consumer. Let’s just say, no 18-year-old is going to be rushing to the Walmarts of the world looking for aspirational goods. They are even less likely to browse Walmart.com for content.

The state of U.S. Hispanic marketing is ridiculous. In fact, there’s a graveyard of failed marketing attempts to the Hispanic community. Most recently, there was a Mother’s Day Kmart ad that blended two Spanish words (Mama + Namaste) to accidentally create a word translating into a very vulgar and offensive word. Furthermore, given most businesses’ “one size fits all” approach to Hispanic marketing, it’s no surprise they keep getting it wrong. However, if anyone is best positioned to take Hispanic marketing out of the 20th century, it’s small, nimble startups with no history of bad marketing or image problems.

Perhaps the biggest reason the tech community isn’t approaching the Hypercultural Latinx is because most venture-backed founders and investors are white men. These white men cannot possibly relate to the life experiences of young, biracial teenagers and young adults living in white America. Last year, a measly less than 2% of venture funding went to Hispanic founders — those are the founders best suited to be able to genuinely capture the eyeballs and wallets of this Hispanic youth. On the investor side, it’s even worse with only 1% of venture investors identifying as Hispanic.

The solution is complex, and frankly, I can’t provide a solution with clarity. However, we can start by building goodwill and non-transactional relationships with those role models Hypercultural Latinx admire. I’ve found that these role models are usually under-the-radar influencers, like Glenda. We as investors can also diversify our top of funnel deal flow to include more underrepresented founders. Lastly, founders with a reach and network of Hispanic youth should consider diving deep into the pain points of Hypercultural Latinx lives.

In order to become this new VC darling, founders approaching the Hypercultural Latinx should consider two suggestions: a platform play and an army of social guides.

The platform approach entails creating an organization of brands that later spew out new brands horizontally or vertically. An example of this is the company behind my favorite over-priced lemon drink, Iris Nova, or Glossier-team spin-off, Arfa.

The second approach, an army of social guides, means combining elements of affiliate marketing with a kick-ass referral program to create loyal fans that are financially incentivized to sell your products. Sequoia-backed Stella & Dot built out their version of social guides that ultimately became its most defensible strategy. Additionally, in a post-coronavirus world, this strategy is a way for an ever-increasing labor force to get back on their feet.

At the end of the day, the Hypercultural Latinx demographic is only increasing, and so are its needs. For founders who truly care about the U.S. Hispanic market, pay attention to this hidden generation. For investors, look beyond solutions for your own problems. Winning over the multi-faceted Hypercultural Latinx is not easy, but startups that successfully do so attract my attention and my investment dollars.