Many Lives, Many Masters: The True Story of a Prominent Psychiatrist, His Young Patient, and the Past-Life Therapy That Changed Both Their Lives 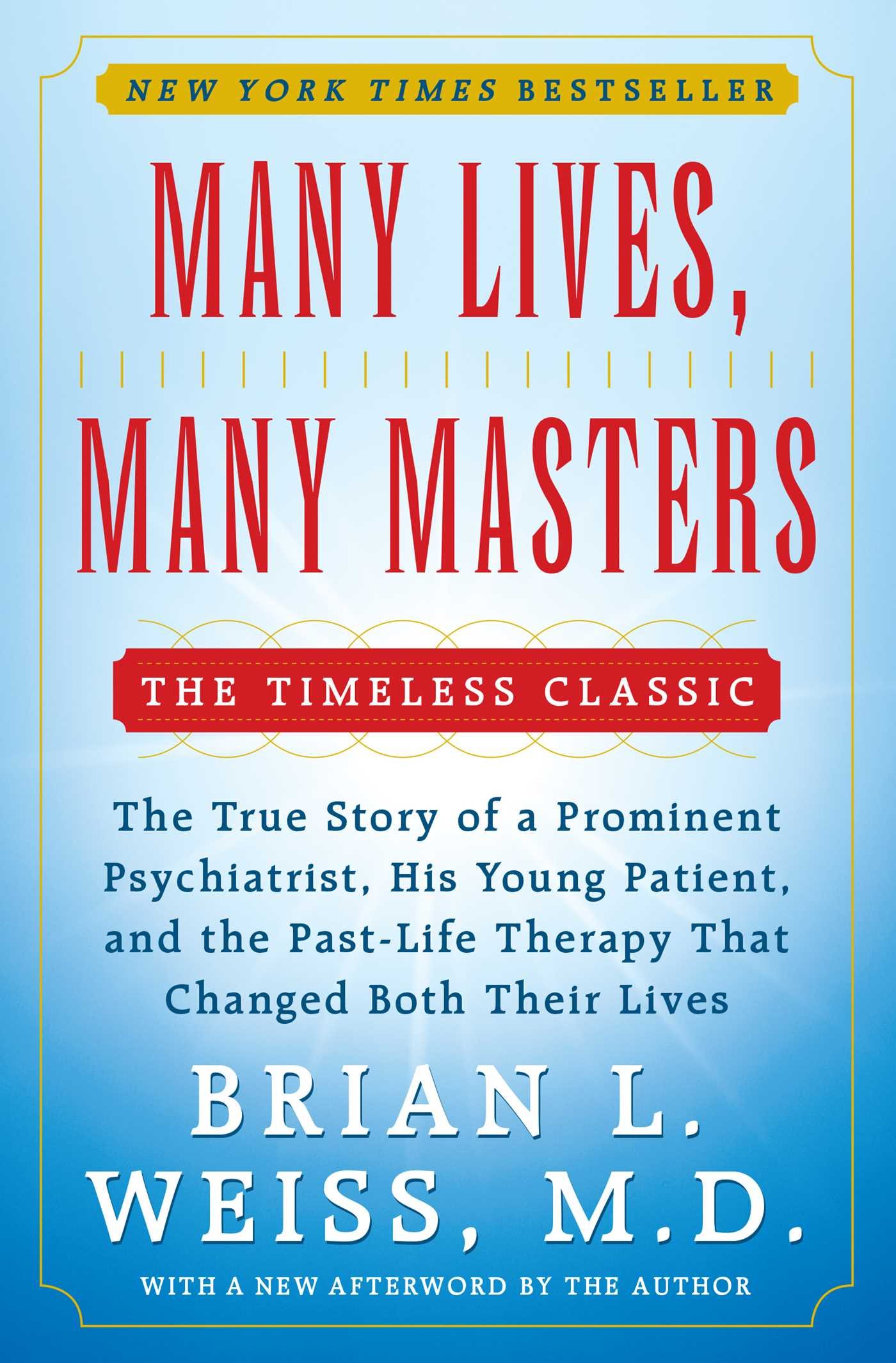 From author and psychotherapist Dr. Brian Weiss comes the classic bestseller on the true case of the past-life therapy that changed the lives of both the prominent psychiatrist and young patient involved—now featuring a new afterword by the author.

As a traditional psychotherapist, Dr. Brian Weiss was astonished and skeptical when one of his patients began recalling past-life traumas that seemed to hold the key to her recurring nightmares and anxiety attacks. His skepticism was eroded, however, when she began to channel messages from the “space between lives,” which contained remarkable revelations about Dr. Weiss’ family and his dead son. Using past-life therapy, he was able to cure the patient and embark on a new, more meaningful phase of his own career. With more than one million copies in print, Many Lives, Many Masters is one of the breakthrough texts in alternative psychotherapy and remains as provocative and timeless as it was when first published.

Psychiatry and metaphysics blend together in this fascinating book based on a true case history. Dr. Weiss, who was once firmly entrenched in a clinical approach to psychiatry, finds himself reluctantly drawn into past-life therapy when a hypnotized client suddenly reveals details of her previous lives. During one hypnosis session his client introduces the spirit guides who have been her soul therapists in between lives. This is when the story really takes off for Weiss, who discovers that these guides have specific messages about his dead son as well as Weiss’s mission in life. No, we cannot verify the truth of this story using the limited scientific tools we have available. However, it is hard to dispute that this well-respected graduate of Columbia University and Yale Medical School has discovered a personal truth that has led him to be an enormously popular speaker, author, and leader in the field of past-life therapy. –Gail Hudson