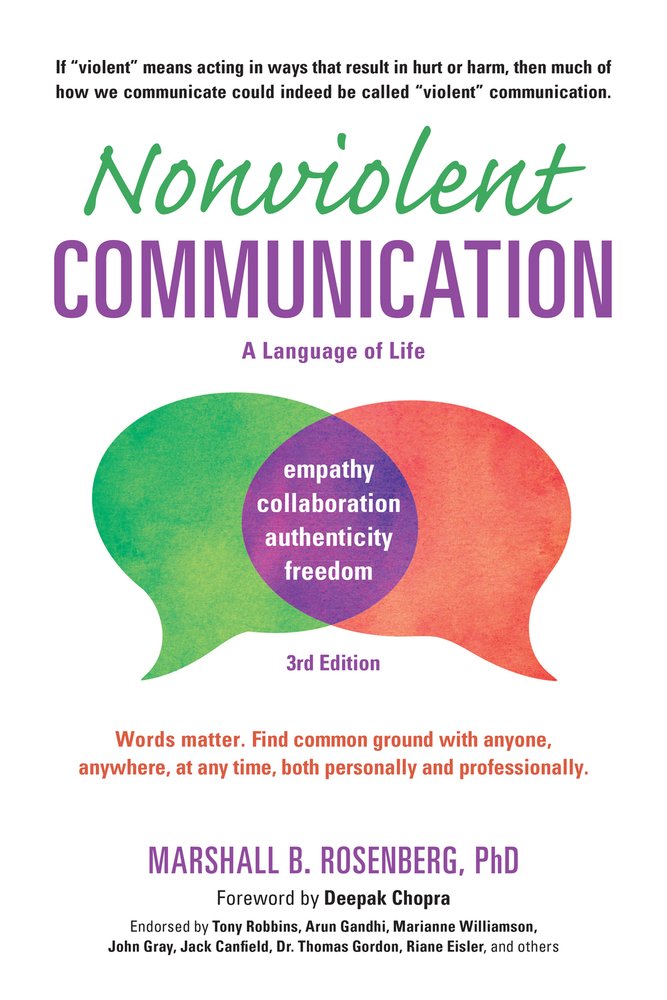 What is Violent Communication?
If “violent” means acting in ways that result in hurt or harm, then much of how we communicate—judging others, bullying, having racial bias, blaming, finger pointing, discriminating, speaking without listening, criticizing others or ourselves, name-calling, reacting when angry, using political rhetoric, being defensive or judging who’s “good/bad” or what’s “right/wrong” with people—could indeed be called “violent communication.”
What is Nonviolent Communication?
Nonviolent Communication is the integration of four things:
• Consciousness: a set of principles that support living a life of compassion, collaboration, courage, and authenticity

• Language: understanding how words contribute to connection or distance

• Communication: knowing how to ask for what we want, how to hear others even in disagreement, and how to move toward solutions that work for all

• Means of influence: sharing “power with others” rather than using “power over others”
Nonviolent Communication serves our desire to do three things:
• Increase our ability to live with choice, meaning, and connection

• Connect empathically with self and others to have more satisfying relationships

• Sharing of resources so everyone is able to benefit