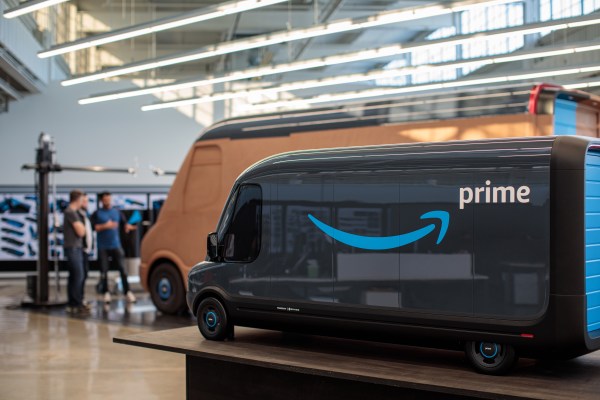 Rivian, the electric vehicle company backed by Amazon, Cox Automotive and Ford, has resumed work at its factory in Normal, Ill. following a temporary shutdown due to the COVID-19 pandemic.

Construction on the factory, which will eventually produce its R1T and R1S electric vehicles for consumers as well as 100,000 delivery vans for Amazon, has restarted with employees returning in phases. Despite the shutdown and gradual restart, the timeline for the Amazon delivery vans is still on track, according to a statement from Amazon released Thursday.

In September, Amazon announced it had ordered 100,000 electric delivery vehicles from Rivian as part of its commitment to The Climate Pledge to become net zero carbon by 2040. Vans will begin delivering to customers in 2021, as previously planned. About 10,000 of electric vehicles will be on the road as early as 2022 and all 100,000 vehicles on the road by 2030, Amazon said in a statement Thursday.

Rivian has pushed the start of production on the R1T and R1S to 2021. The company had initially planned to start production and begin deliveries of the electric pickup truck and SUV in late 2020. That timeline has been adjusted. Rivian had always planned to deliver the R1T truck first, followed by the R1S.

The COVID-19 pandemic forced the company to adjust its timeline due to supply constraints. However, Rivian is now working on bringing the production and delivery timeline of the R1T and R1S closer together.

For now, the company is focused on work inside and outside the factory. About 335 Rivian employees were on site before COVID hit. Today, about 116 are on site with plans to gradually bring back the remaining employees. Rivian did not furlough any employees and continues to pay all workers their wages.

The company has implemented new safety practices under a 4-phase plan, according to Rivian CEO RJ Scaringe. Temperature checks are carried out and workers are supplied with protective clothing and equipment.

The vehicle engineering and design teams have also developed digital methods to make sure that program timing remains on track, according to Scaringe.