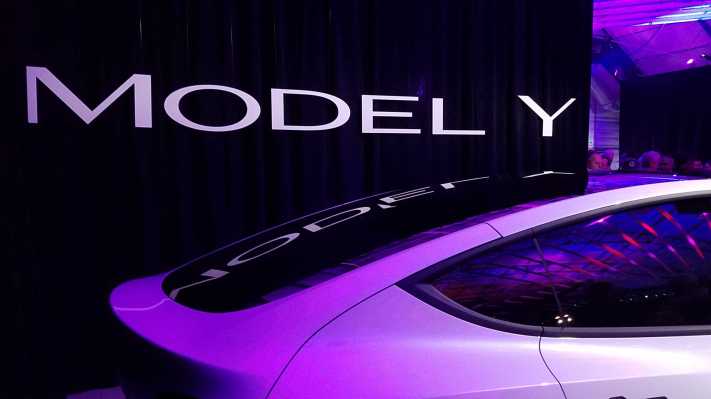 Tesla said Wednesday that production of the Model Y started this month with the first deliveries of the all-electric compact crossover to begin by the end of the first quarter as the company pushes to extend its profitability streak.

Production of the Model Y is at limited volume for now, CEO Elon Musk said during a call after earnings was released. Musk added that Tesla’s engineers have been able to increase the maximum EPA range of all-wheel drive version of the Model Y to to 315 miles. It was previously estimated at 280 miles.

Tesla indicated in its fourth quarter report that it will turn to China and Model Y for revenue growth as deliveries of its higher profit margin Model X and Model S decrease. Tesla delivered 19,475 Model S and Model X in the fourth quarter, a 29% decline from the same period last year. Meanwhile, deliveries of Tesla’s cheaper Model 3 vehicle continued to climb. Tesla delivered 92,620 Model 3 vehicles in the fourth quarter, a 46% increase from the same period in 2018.

The Model Y is being produced at Tesla’s Fremont, Calif. factory, settling a long-running discussion within the company over where to build the upcoming vehicle. Tesla had also looked at producing the vehicle at its massive factory in Sparks, Nevada, where it currently builds battery packs and electric motors.

Tesla said it will ramp up production of the Model Y gradually as it adds machinery through mid-2020. Once these expansions are done, installed combined Model 3 and Model Y capacity should reach 500,000 units
per year, the company said.

“Given the popularity of the SUV vehicle segment, we are planning for Model Y capacity to be at least equivalent to Model 3 capacity,” the company said.