The Barbell Prescription: Strength Training for Life After 40 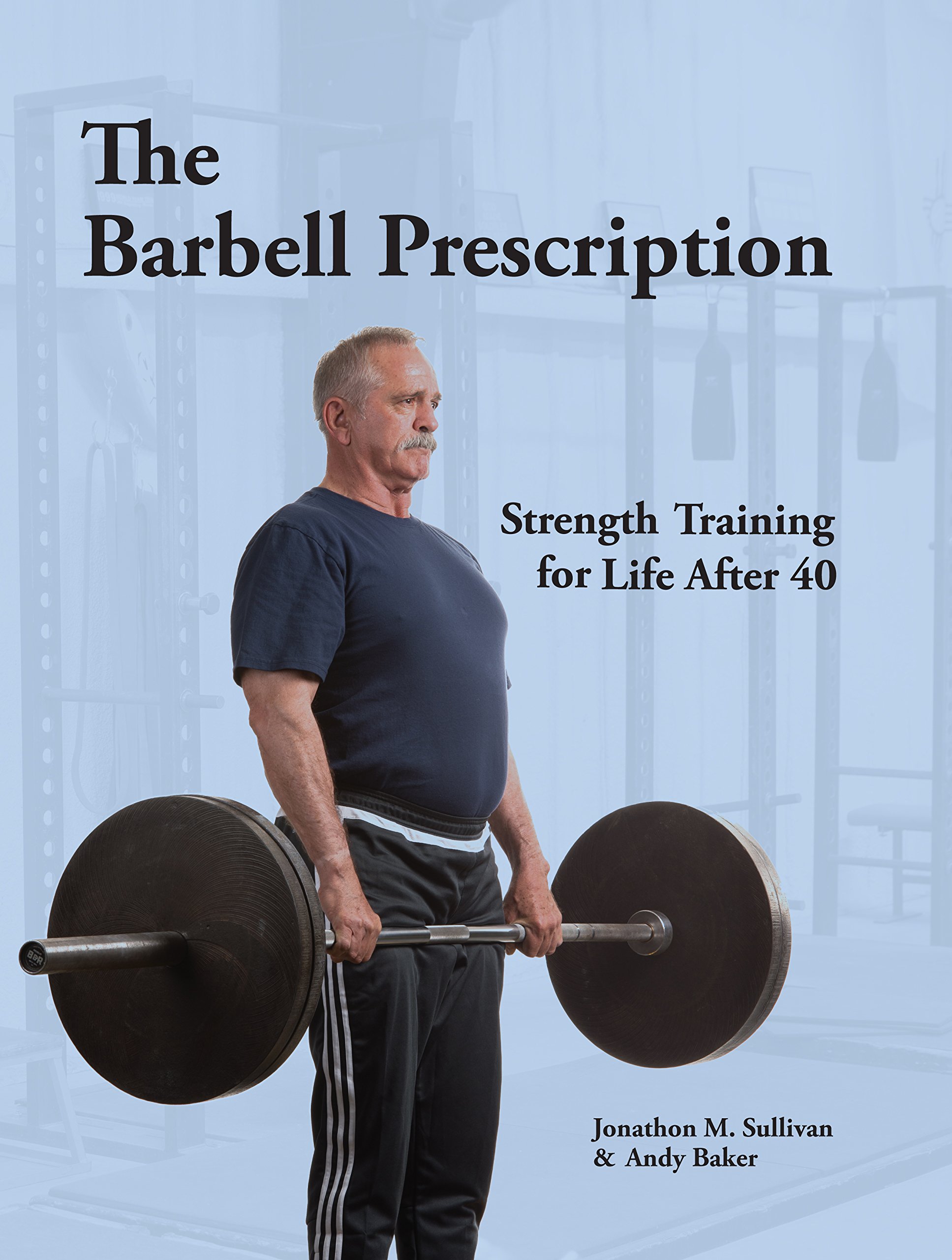 The Barbell Prescription: Strength Training for Life After 40 directly addresses the most pervasive problem faced by aging humans: the loss of physical strength and all its associated problems – the loss of muscle mass, bone mineral loss and osteoporosis, hip fractures (a terminal event for many older people), loss of balance and coordination, diabetes, heart disease related to a sedentary lifestyle, and the loss of independence.

The worst advice an older person ever gets is, Take it easy. Easy makes you soft, and soft makes you dead. The Barbell Prescription maps an escape from the usual fate of older adults: a logical, programmed approach to the hard work necessary to win at the extreme sport of Aging Well. Unlike all other books on the subject of exercise for seniors, The Barbell Prescription challenges the motivated Athlete of Aging with a no-nonsense training approach to strength and health – and demonstrates that everybody can become significantly stronger using the most effective tools ever developed for the job.

Jonathon M Sullivan MD, PhD, SSC is the owner of Greysteel Strength and Conditioning, a coaching practice and Starting Strength Gym devoted to barbell-based training for Masters, in Farmington, MI. Dr. Sullivan conducts semi-private barbell coaching and programming for adults in their 50s, 60s, 70s and beyond. He is also Associate Professor of Emergency Medicine at Wayne State University/Detroit Receiving Hospital, a Level I Trauma Center where he has worked in patient care, teaching, and research for over twenty years. Until his retirement from basic research in 2012, he was Associate Director of the Cerebral Resuscitation Laboratory, where he conducted basic research in molecular mechanisms of neuronal salvage and repair in the setting of cardiac arrest, stroke, and trauma. He is the author of several dozen research articles, abstracts, and book chapters in the emergency medicine and neuroscience literature, as well as articles on strength training which can be found online at Starting Strength. He has served on several committees for the Starting Strength Coaches Association, and participated in the development of the Maintenance of Certification process for Starting Strength Coaches. He is a former US Marine, holds the rank of 3rd Dan in Tang Soo Do, and has been known to publish the occasional science fiction short story. He lives in Farmington Hills, MI, with his wife, three ungrateful cats, and a wooded lot full of raccoons, skunks, possums, foxes, herons, and ducks.

Andy Baker, SSC is the owner of Kingwood Strength & Conditioning (KSC), a private barbell training facility in Kingwood TX. Since opening KSC in 2007 Andy has provided coaching and personal training to clients ranging from Division I collegiate athletes and competitive powerlifters to average people of all ages and abilities who are interested in getting stronger.

Andy is a former U.S. Marine and served multiple combat tours in support of Operation Iraqi Freedom between 2003-2007. While on active duty, Andy received his undergraduate degree in Health & Sport Science from the American Military University. He is a Starting Strength Coach, and is the co-author with Mark Rippetoe of the best-selling Practical Programming for Strength Training 3rd edition.

Andy is also a Raw and Drug Free Powerlifter in the Natural Athlete Strength Association. In 2010 Andy won N.A.S.A. Grand Nationals in the 198 lb raw division, with a 529 lb Squat, 380 lb Bench Press, and 562 lb Deadlift. He is a native of Kingwood Texas, and currently resides there with his wife and 3 children.