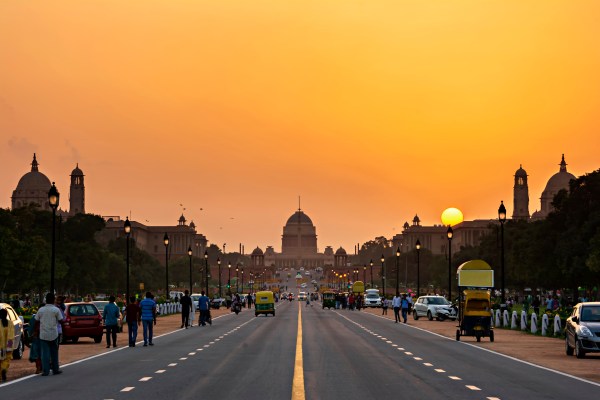 Chinese investors, who have poured about $6 billion into Indian startups in the last two years, will be subjected to strict regulation for their future investments in the world’s second largest internet market.

India amended its foreign direct investment policy on Saturday to include China in the list of neighboring nations that will need to seek approval from New Delhi for their future deals in the country. Previously, only Pakistan and Bangladesh were subjected to this requirement.

The nation’s Department of Promotion of Industry and Internal Trade said it was taking this measure to “curb the opportunistic takeover” of Indian firms that are grappling with challenges due to the coronavirus crises.

The new rule will also be applicable to “the transfer of ownership of any existing or future foreign direct investment in an entity in India, directly or indirectly,” the ministry said.

“There has been a growing concern across the globe that Chinese companies are buying cheap, distressed asset. Government may be thinking that if this is allowed to continue, this may cause some security concerns,” Bangalore-based lawyer Nikhil Narendran told TechCrunch in an interview.

Narendran said India is following similar efforts from other countries such as Australia that have tighten their foreign direct investment policies.

The move comes at a time when major investors in India have cautioned local startups to prepare for a tough period ahead. Earlier this month, they told startup founders that raising fresh capital is likely be more challenging than ever for the next few months.

Local startups participated in 79 deals to raise $496 million in March, down from $2.86 billion that they raised across 104 deals in February and $1.24 billion they raised from 93 deals in January this year, according to Tracxn. In March last year, Indian startups had raised $2.1 billion across 153 deals, the firm said.

India ordered a nationwide lockdown last month in a bid to curtail the spread of the coronavirus disease. But the move, as in other markets, has come at a cost. Millions of businesses and startups are facing severe disruptions.

Late last month, more than 100 prominent startups, VC funds, and industry bodies requested New Delhi to provide them with a relief fund to combat the disruption.

Chinese giants Alibaba and Tencent have emerged as some of the biggest investors in Indian startups in recent years. Over a dozen additional firms and venture funds in China have stepped up their efforts in scouting deals in India.

$4B in investment, $60B in trade deficit

Chinese have put $4B into 75 Indian startups

India ?? has $60B trade deficit a year with China ?? pic.twitter.com/hUKm89VPVE

Rahul Gandhi, the former head of political party Indian Nation Congress, urged the ruling government earlier this month to take measures to prevent “foreign interests from taking control of any Indian corporate at this time of national crisis.”