Of the possible additions, including Nigeria could prove the most problematic to U.S. commercial relations. In addition to boasting Africa’s largest population and economy, the country of 200 million has become a magnet for VC and a strategic entry point for Silicon Valley.

Why Africa, why Nigeria?

The Department of State would not comment on a TechCrunch request to confirm an extension of the travel ban to Nigeria or other African countries.

TechCrunch has an open inquiry on the matter to the National Security Council’s Senior Director for African affairs, Elizabeth Erin Walsh.

The Trump administration issued its first travel ban in 2017, which was challenged, amended, and upheld by the U.S. Supreme Court.

With no comment from the Trump administration, we don’t know the motivations — stated or veiled — for the possible addition of Nigeria and other African countries to the ban.

To previously named reasons countries were listed, there are issues with Nigerian visa overstays in the U.S. and Nigeria does have a terrorist problem in its northeast with Boko Haram, though no incident related to extremist group has ever hit U.S. soil.

Reading the tea leaves may reveal other motives for placing travel restrictions on Nigeria and additional African countries. In an article in The Atlantic Monday, writer Peter Beinart suggested African immigrants may be next in the Trump administration’s pattern of restricting U.S. entry from predominantly brown-skin countries.

“For several years now, Trump has trained his nativist ire on Muslims and Latinos. The travel ban suggests he’s adding a new target, just in time for the 2020 elections: Africans,” said Beinart. 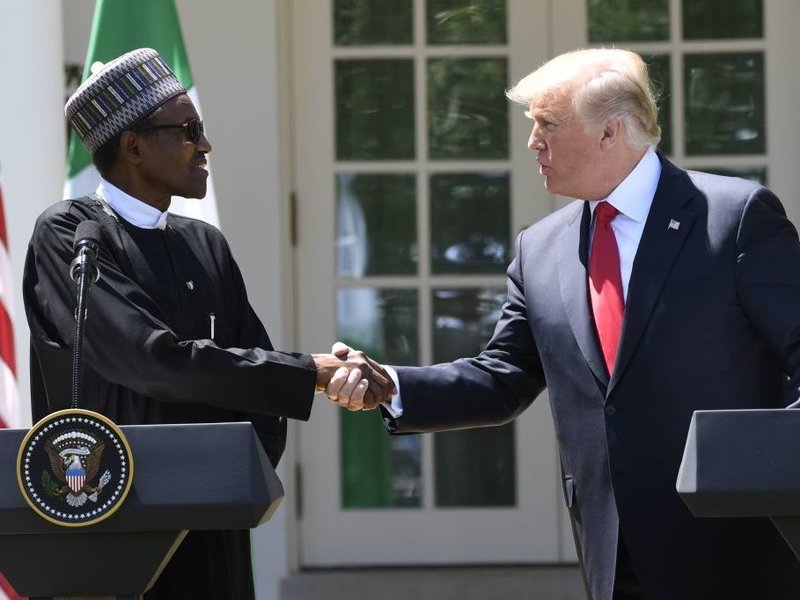 That set the ominous tone for Nigerian President Muhammadu Buhari’s April 2018 White House visit, where Trump pressed Buhari publicly on persecution of Christians in Nigeria — a hot button issue with Trump’s evangelical base.

This could underlie motivations behind a possible U.S. Nigeria travel ban, according to Aubrey Hruby, a Senior Fellow at the Atlantic Council’s Africa Center.

“I’ve spoken to several people in government close to the matter who’ve indicated visa restrictions being discussed are also coming from concerns that Christians are being persecuted in Nigeria and within the broader context of the administration using visa rules as tools of foreign policy,” said Hruby.

“If this is the case, and they go forward with a ban, the administration could be overlooking the deep cultural and commercial ties that exist between the U.S. and Nigeria, and how much restricting travel could disrupt them,” she added.

Nigeria is the U.S.’s second largest African trading partner and the U.S. is the largest foreign investor in Nigeria, according to USTR and State Department briefs.

Increasingly, the nature of the business relationship between the two countries is shifting to tech.

By 2018 numbers, depending on the study, the country ranked first or second for tech investment on the continent. And into 2019, more of that is coming from American sources.

Goldman Sachs is a major backer of Jumia, the Nigeria headquartered e-commerce venture that became the first VC funded tech company in Africa to IPO on a major exchange, the NYSE in 2019.

The U.S. bank’s investment in tech companies operating in Nigeria runs parallel to those by Visa, Mastercard, and SalesForce Ventures.

Nigerian tech is also home to a growing number of founders with ties to the U.S. and startups with operations in both countries. Nigerian fintech company Flutterwave, whose clients range from Uber to Cardi B, is headquartered in San Francisco with operations in Lagos. The company maintains a developer team of Africans across both countries for its B2B payments platform that helps American companies operating in Africa get paid.

MallforAfrica — a Nigerian e-commerce company that enables partners such as Macy’s, Best Buy and Auto Parts Warehouse to sell in Africa — is led by Chris Folayan, a Nigerian who studied and worked in the U.S. The company now employs Nigerians in Lagos and Americans at its Portland processing plant.

Africa’s leading VOD startup, iROKOtv maintains a New York office that lends to production of the Nigerian (aka Nollywood) content it creates and streams globally.

Andela, a tech-talent accelerator with over a $180 million in VC, was co-founded by American Jeremy Johnson and Nigerian entrepreneur Iyinoluwa Aboyeji. The company has offices in New York and Lagos and employs over 1000 engineers.

Over the last five years, Silicon Valley’s ties to Africa and Nigeria have grown. There are a number of Nigerians working in senior positions in the Bay Area, such as Ime Archibong at Facebook — the U.S. company that opened an innovation lab in Nigeria in 2018, called NG_Hub.

Adding Nigeria to the U.S. travel ban would be a mistake for tech development of both countries, believes Bosun Tijani, CEO of Lagos based CcHub, now Africa’s largest innovation incubator. 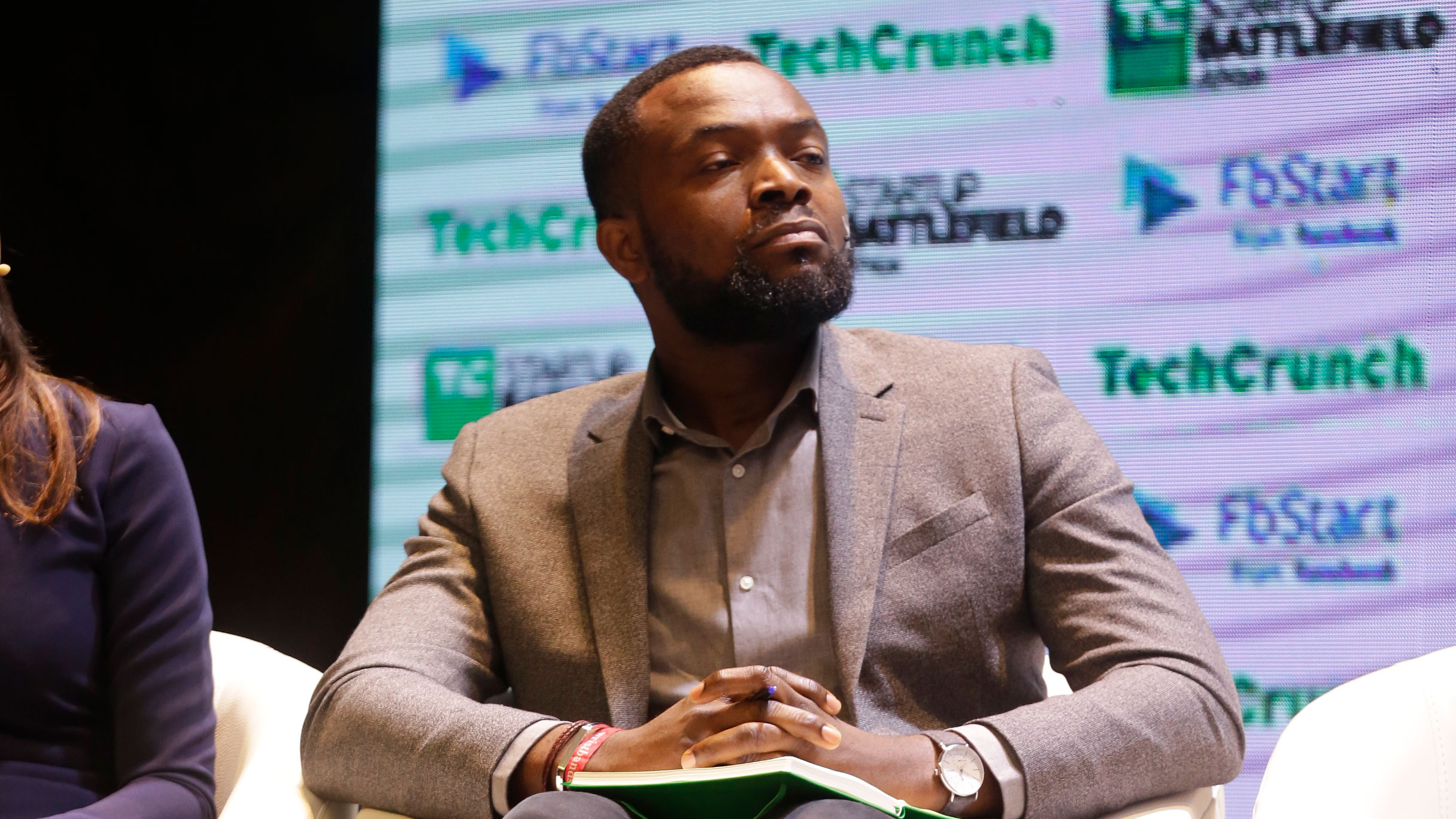 He also referenced the increasing level of tech capacity fostering between the the two countries.

“With the importance of Nigeria to U.S. tech companies and the pool of talent that exists in Nigeria, there’s too much at stake to mess around with some visa ban. The embassies already do their work to vet people properly,” he said.

Adding Nigeria to the travel ban would adversely impact the work CcHub does with its American partners, which include Facebook and Google. “That’s the reason I come to the U.S. I’ve never been to the country on holiday, it’s always for business with them,” said Tijani.

Another effect of restricting entry of Nigerians into the U.S. could be to turn more of Nigeria’s techies away from U.S. partnerships and toward China. The country has been pivoting its strategic relationship with Africa to the continent’s tech scene.

In the last two quarters of 2019, more than 15 Chinese actors invested over $240 million in VC in Africa. More than $210 million of that was for startups in Nigeria.