Why you should worry about data transparency – TechCrunch 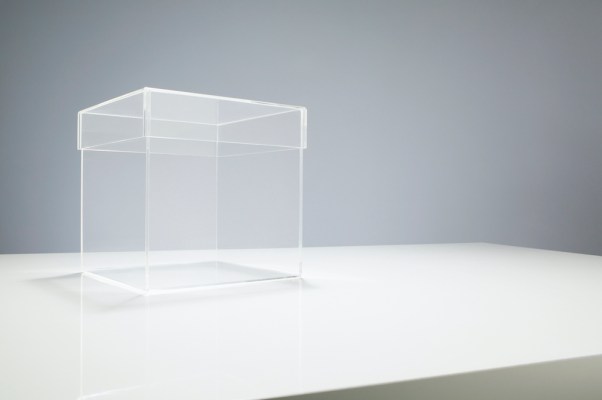 In the world of business and finance, the question on everyone’s mind is whether COVID-19 is going to lead to permanent changes in the economy. Will lockdowns become part of everyday life? Will new disruptive consumer behaviors emerge? How will investors react?

First, we’re headed for a period of radical required transparency. For me, this started hitting home two years ago. George Walker, CEO of massive fund of funds Neuberger Berman, told Bloomberg that his pricing power over clients was “zero” because customers had access to competing asset managers, as well as data, research and analysis and other investment options online.

“Clients are tough. Consumers are tough now. Technology is changing,” he said. “The pricing challenges are significant and real.”

One would think Walker would be averse to greater transparency. His self-interest theoretically might dictate that he behave like a wizard behind a curtain. But Walker embraced transparency, saying his clients should use the leverage they gain from shopping around to save money when hiring asset managers like him. Teachers’ unions and others need the cash, he said. He’s too smart to fight the tide.

Transparency, secondly, is going to put a lot of pressure on companies. Walker knows that transparency might put downward pressure on prices but, if deployed properly, it can also cultivate loyalty. It can also attract competitors’ clients who are also navigating the same comparison-shopping environment. The bottom line is that companies will need to work harder as their customers become savvier.

What’s more, that new environment is coming as the tailwinds that fueled the growth of tech companies in the last 15 years are losing steam as the internet, social media and smart devices transition into mature technologies. Technology is still going to let companies scale up in extraordinary and cost-effective ways, but innovation will face a higher bar to wow clients.

This dilemma brings us to the third and most important point to consider moving forward as companies struggle to survive in the post-coronavirus economy. Leaders of firms that thrive in the coming years must be prepared for success in fits and starts, sometimes after failures that in the short term seem like unforced errors but in hindsight might become experiences crucial to progress on the crooked path to success.

Consider Intel’s Operation Crush in the 1970s. As business guru Hamilton Helmer wrote in his must-read “7 Powers: The Foundations of Business Strategy,” microprocessors at the time were not a big portion of Intel’s business. Many in the company didn’t think chips were worth much effort, in part because their competitors were producing perfectly good microprocessors, too. The fact that microprocessors were constituent parts of other companies’ machines and not standalone products bolstered skeptical views among Intel’s sales force.

Intel honchos nonetheless wanted to secure 2,000 contracts for their microprocessors under Operation Crush in part because they saw how Japanese competitors were beating them in the semiconductor space. They needed to pivot. One contract happened to be with IBM, which around that time had a market cap of almost $40 billion compared to Intel’s cap of $1.7 billion. Nobody thought the deal would yield a sea change for either company, but Intel and IBM’s collaboration resulted in a personal computer revolution that made Intel a success.

The 1970s were a heady time that, it turns out, were the transition decade to an entirely new phase of the economy. The Operation Crush lesson is that the avenues to success after the coronavirus subsides are not going to be straightforward, obvious or immediate. We simply don’t know the second and third-order implications of much of what has happened in the last few months to be able to chart a direct path forward.

Instead, we have some truths that can serve as our guiding lights. Companies will need to embrace transparency. They will need to show grace under pressure. And they will need to have the courage to embark on aggressive campaigns that seize the moment even if they don’t fully understand what that moment might be.